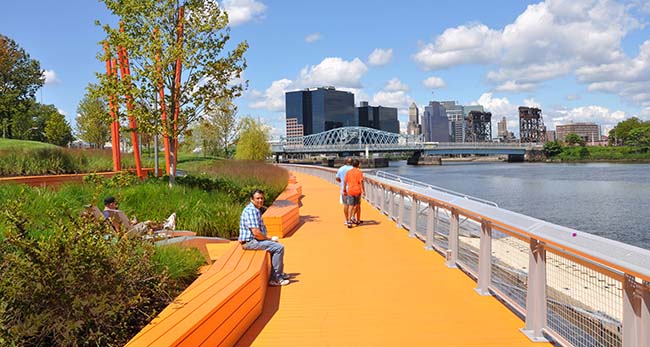 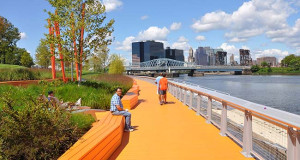 The City of Newark was one of eight communities to receive the coveted award. The construction of Newark & Essex County Riverfront Park and the adoption of the Newark’s River: Redevelopment & Public Access Plan were both recognized for demonstrating and advancing smart growth principles. These achievements, the culmination of 20 years of advocacy and planning, grew from sustained partnerships between public and private stakeholders. These partners came together to connect Newark with its river, to grow the city and its neighborhoods to the water’s edge, and to bring the life of the city to the amazing natural attraction at the heart of the region’s most populated place.

The New Jersey Future Smart Growth Awards are selected by an independent jury.

On August 3, 2013, Newark’s second segment of riverfront park opened to the public, featuring a bright orange boardwalk fabricated of recycled plastic lumber. Bringing Newark’s riverfront park area to a total of 15 acres, this opening occurred 20 years after the lower 17 miles of the adjacent Passaic River were declared a Superfund site. As accompaniment to the development and adoption of the Newark’s River: Redevelopment & Public Access Plan a few days later, these parks gave material evidence of Newark’s riverfront revival and also demonstrated strong application of smart growth principles. 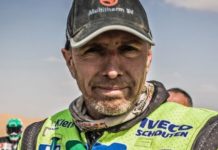 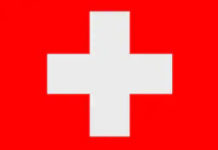 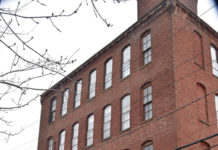