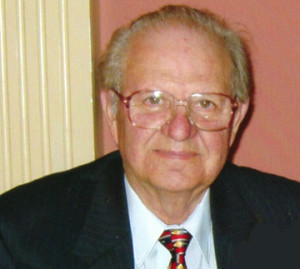 A statue in memory of the late Dr. Manuel Luciano da Silva was dedicated in a public ceremony this past September 5 in Mosaico Park in Bristol, Rhode Island.

A life-size bust honoring the Portuguese-American physician and civic leader has a descriptive plaque which reads “Physician”, Historian, Author, and Humanitarian.”

Fred M. Pacheco, who headed the memorial committee to honor Dr. Luciano da Silva, called it a most fitting tribute to a man who resided and practiced medicine in Bristol for over 40 years, as well as being a great philanthropist and scholar.

Dr. da Silva, who died on October 25, 2012 was a remarkable man with a remarkable life story. Born in Vale de Cambra, Portugal, he came to the US at the end of World War II and was educated at New York University and entered medical school in Coimbra, Portugal, then coming to the U.S. to Boston and then to Bristol where he served almost 50 years of service in internal medicine.

Besides his medical career, he dedicated much of his life to history and research, especially about topics related to the history of the Portuguese in early North America.

Everyone knows his work on Christopher Columbus and his Portuguese heritage, Dighton Rock and Miguel Corte Real. He had an insatiable appetite for enigmatic issues and never faltered from his beliefs. He was a great communicator whether it be speaking on radio programs, appearing on TV or writing columns in different publications, among them the Luso-Americano, where he delighted his readers with his controversial and sometimes humorous topics.

His book “Christopher Columbus was Portuguese”, which he wrote with his wife Sylvia, led to a movie that won a gold medal at the International Film Festival in Venice, Italy.

Dr. da Silva had a great passion for both Portugal and the U.S. He was instrumental in forming several Portuguese-American organizations, as well as organizations in his hometown of Bristol, where he served as chief marshal of the Fourth of July parade for a number of years. He left a legacy in his pride for his Portuguese heritage and his charismatic and enthusiastic personality. 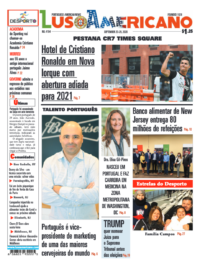