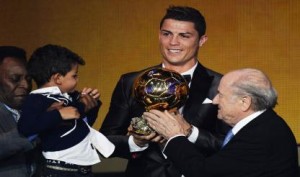 On Monday, January 13, Portugal’s soccer player Cristiano Ronaldo, currently playing for the Spanish club Real Madrid, was awarded FIFA’s Ballon D’or. This was the second time Ronaldo won such prize. Eusébio (1965) and Luís Figo (2000) are the other Portuguese soccer players who also won the same recognition.
The first time Cristiano Ronaldo was awarded the Ballon D’Or, in 2008, he was playing for Manchester United, of England.
Scoring at a ratio of over a goal a game, he became the quickest Real Madrid player to reach 200 goals for the club and signed a new deal at the Bernabéu in what was a sensational 2013 for the 28-year-old.
Cristiano Ronald has won best player in the Premier League (2007), Ballon D’Or (2008), UEFA’s best player (2008), best scorer and best player in the Premier League (2008), UEFA’s best forward (2008), FIFA Player (2008), World Soccer (2008) and Gold Shoe (2008).
In 2010 Cristiano Ronaldo was selected to FIFA’s Team of the Year, the following year he was the best scorer in the Spanish League and he won the Gold Shoe.
The 28-year-old scored 66 goals in 56 appearances for both Real Madrid and Portugal.
German goalkeeper Nadine Angerer has claimed her first women’s prize, and Jupp Heynckes, the former coach of Bayern Munich, and Germany’s women’s national team coach Silvia Neid have taken home the FIFA World Coach of the Year awards for men’s and women’s football respectively.
National team coaches and captains, as well as international media representatives selected by FIFA and French soccer magazine France Football comprised the voting members for the awards.

The award winners were announced at the FIFA Ballon d’Or ceremony at the Kongresshaus in Zurich, Switzerland. 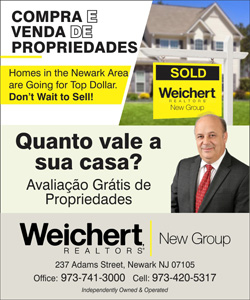