But this isn’t your typical PSA, says Derrick DeMello of The Portuguese Kids.

“We wanted to help spread the word about the importance of voting, but without being preachy,”

DeMello said. “We hope that everyone gets a good laugh from the video, but that it also takes its core message to heart.”

The Portuguese American Citizenship Project has been actively involved in voter registration and voter turnout efforts in the Portuguese community since 1999, but says that this year it is specifically focused on Portuguese youth.

“Our research has shown that young Portuguese-Americans vote significantly less often than their older counterparts,” said Steven Nascimento, PACP’s Executive Director. “As an organization, our goal is to maximize voter turnout in the Portuguese community as a whole, so increasing youth turnout is crucial to our success.”

As part of its efforts, PACP has teamed up with The Portuguese Kids, a Portuguese comedy crew from Southeastern Massachusetts made famous for their ethnic brand of comedy and YouTube sketches.

“We are making a concerted effort to reach out to younger voters where they are – which is online,” Nascimento said.

Nascimento says that PACP has focused heavily on the use of social media, and hopes the Portuguese Kids’ social network will help raise awareness about the importance of voting. “These guys have an incredible online following. We’re talking more than 90,000 Facebook fans and a culmination of 6.3 million views on their YouTube videos. Many of those viewers are young Portuguese-Americans,” Nascimento said.

To help spread the word, PACP worked with The Portuguese Kids to produce a short video encouraging young people to get out and vote. The video emphasizes the ease of voting through a comical sketch and ends with a message from The Portuguese Kids.

To view the video, visit www.youtube.com/watch?v=9E7LI55SBqE&feature=youtu.be

The Project is intended to encourage Portuguese Americans to engage in the civic activities of their communities, become U.S. citizens, register to vote, and vote. The Project is based on the assumption that the communities themselves are best able to determine the strategy to encourage greater civic participation. These communities understand their specific problems and can best judge how to overcome these obstacles.

The Project has worked with 52 cultural, fraternal and religious organizations in 21 communities located in California, Connecticut, Massachusetts, New Jersey and Rhode Island. Twenty-five Catholic churches participate in the Project.

The Portuguese American Citizenship project has no political agenda. Rather, it serves as an informal forum through which not-for-profit organizations can share ideas and receive practical advice on promoting citizenship and civic participation.

For more information, visit www.portugueseamerican.org or share your ideas at www.facebook.com/PortugueseAmericanCitizenshipProject. 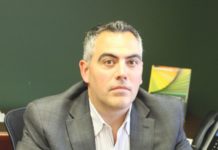 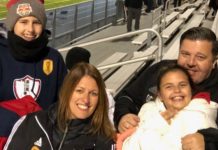 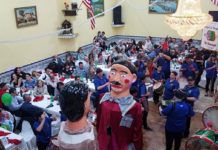 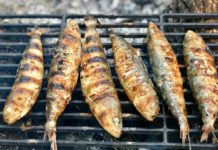 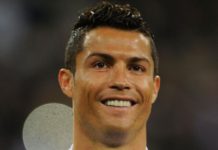